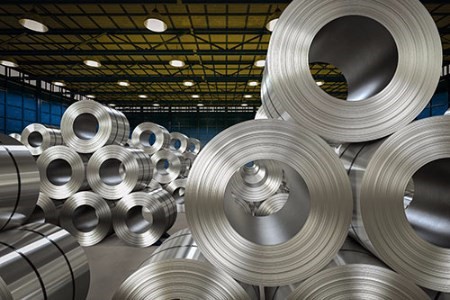 The research study, titled Opportunities For Aluminium In A Post-Covid Economy, conducted by business intelligence analyst CRU International on behalf of the International Aluminium Institute (IAI), has also noted the key industries that will drive the demand growth. Transportation, construction, packaging, and electrical are the four key industrial sectors that will together account for 75 per cent of the total demand.

Commenting on the report findings, IAI Secretary General - Miles Prosser, said: “The IAI commissioned this report to better understand the drivers of future aluminium demand and to ascertain what we need to do as an industry to meet consumer expectations on both demand and sustainability. The figures in today’s report show that as society increasingly focuses on efficiency and sustainability, so are the market opportunities for aluminium. Within each of the sectors, key drivers of demand are linked to sustainability and climate change issues.”

In addition, the report has also estimated that decarbonisation policies plus a shift from fossil fuels in the transport sector will see a hike of aluminium demand in EV production to 31.7 million tonnes by 2030.

Increasing demand for renewable energy will also lead to a rise in the metal demand for solar panels. Demand in the electric sector is estimated to be at 5.2 million tonnes by 2030.

In the construction sector, aluminium demand is estimated to be at 4.6 million tonnes at the end of 2030, while that in the packaging will be 10.5 million tonnes from 7.2 million tonnes in 2020, buoyed by an increase in the popularity of canned drinks across North America, Europe and China.

Mr Prosser added: “As we seek a sustainable future in a decarbonised world, aluminium has the qualities that consumers seek – strength, lightweight, versatile, corrosion-resistant, a good conductor of heat and electricity and is recyclable. Around 75% of the almost 1.5 billion tonnes of aluminium ever produced is still in productive use today. This metal has been at the forefront of many industrial and engineering innovations of the 20th century and continues to power a sustainable future. Meeting growing demand sustainably is a challenge for the entire value chain but the industry has the expertise and passion to find the solutions needed to reduce the carbon intensity of our primary metal.”