Bauxite export by Guinea estimated to grow 13% YoY in 2019; China to remain the top importer 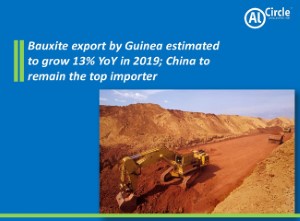 With the highest bauxite reserves and a solid export-oriented growth plan, Guinea has been racing past many countries to become the key bauxite exporter globally. A four-year historical data set clearly indicates at that trend. 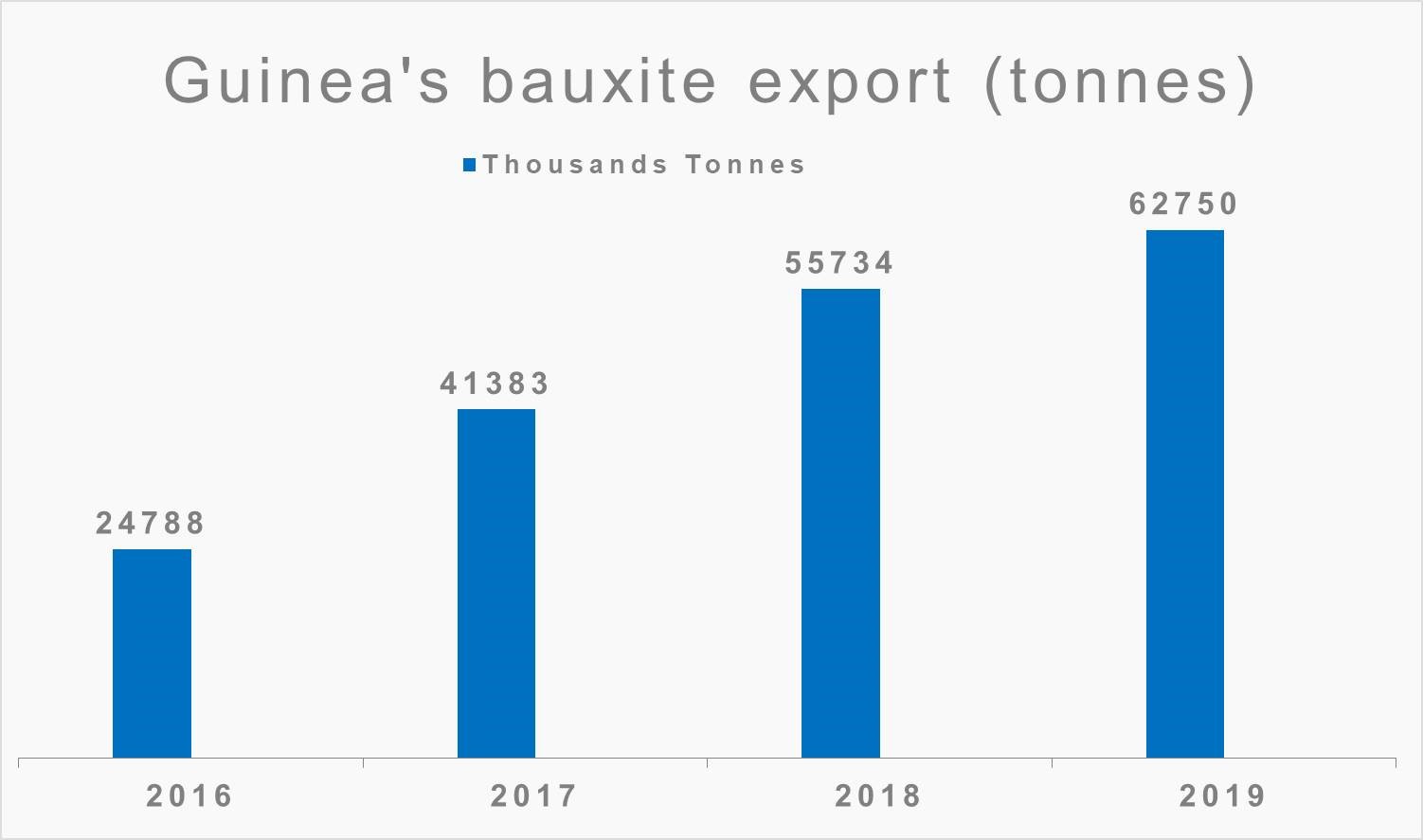 China, the top producer of aluminium and the biggest importer of bauxite globally, is estimated to import 48 million tonnes of bauxite from Guinea this year, according to the third-party data.

During January-March last year, China’s bauxite import from Guinea had stood at 10.5 million tonnes, after growing 118.85 per cent year-on-year. In the entire year of 2018, China’s estimated import volume from Guinea was at 41 million tonnes.

Germany, Ireland, Spain are also expected to import bauxite from Guinea this year.

So far, 2019 has been a great start for Guinea’s bauxite projects. At the beginning of the year, Emirates Global Aluminium (EGA) achieved a milestone at its under-construction Guinea bauxite mining project as the first bauxite train travelled from its subsidiary Guinea Alumina Corporation’s (GAC) mine to the coast, carrying some 6,800 tonnes of bauxite. First bauxite export from the project is expected in the second half of this year. Also, GAC is about to secure financing of US$700 to US$750 million for the project that is expected to mine approximately 12 million tonnes of bauxite per year on the completion.